Let’s close all the delphinariums in Europe !
Come along and demonstrate with us against captivity on June 28th, in Brussels ! 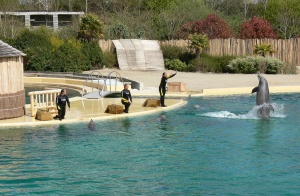 When ?
On June 28th, at 15.00 let’s all meet in Brussels s and protest peacefully against the captivity of cetaceans and demand the complete ban of dolphin shows in the EU.

Boudewijn Seapark must be the first to be closed !

Where ?
A European summit is taking place on the same day. So the demonstration will take place on Place Victor Horta in St Gilles (Brussels) right beside the train station « la gare du midi » and the Health, Food , Chain Safety and Environment offices.  It is worth mentioning  that, through Belgian law, it is this federal public service that is responsible of applying the European  Council Directive 1999/22/EC relating to the the keeping of wild animals in zoos and dolphinariums. It is also the same public service that takes decisions about the conditions of  detention of our six belgian dolphins held captive in the Boudewijn Seapark in Bruges.

Why?
We do not want better jail conditions for cetaceans. We want freedom for them! We demand the shutting down of the Bruges delphinarium and all other delphinarium in Europe such as Loro Parque in Tenerif, Kolmarden in Sweden, the Marineland of Antibes and the Park Astérix in France or the Hardewijck dolphinarium in the Netherlands. 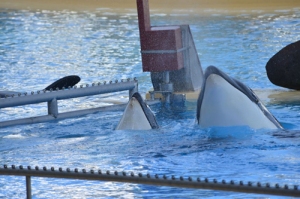 Morgan with Adan at Loro parque

The European Council Directive 1999/22/EC on the keeping of wild animals in zoos requires that  animals must be  kept in conditions that meet their biological and conservation requirements. Yet in the case of cetaceans, it is impossible for these requirements to be met in captivity. Because no tanks, no lagoons as big as they can be, could ever replace the freedom of swimming in the immensity of the ocean.

We urge the EU to strictly apply what is stated in the Council Directive through its national law.
We ask the EU to ban the captivity of cetaceans (dolphins, belugas, orcas, porpoises).
We demand the shutting down of all dolphinarium  in the EU and that dolphins, born free or captive, integrate marine sanctuaries or, when possible, that dolphins join rehabilitation programs.

The pacific demonstation is welcomed by St Gilles municipality. Within the next two months, we will fill you with information about the activities that will be organised  and the  decisions that will be taken for the demonstration. Feel free to contact us on the following Facebook page to find out more or to offer your help in organising a demonstration that is supported by Ric O’Barry.
Ric will present in Brussels on June 28th !

Let us hope that this demonstration will constitute a profound change in European policies relating to the captivity industry! 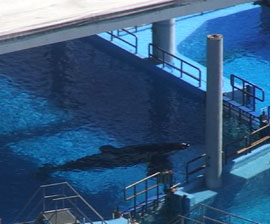 A call from Ric O’Barry :

The Times are Changing!

Finally, as people all over the world are learning the truth they are turning their backs on captive dolphin shows.
Together we stand stronger to oppose the multinational entertainment captive dolphin theme-park industry.
Our goal is to give the dolphins a voice and help abolish the concept of « dolphinariums’ in the European Union. Won’t you join us ?
On the 28th of June we will all meet up in Brussels and demand a dolphin free Europe.
I ask you to please join us in the largest demonstration against dolphinariums in Europe.
Go to our Facebook page ‘Demonstration against captivity of Cetaceans’ and let us know you will join us in Brussels, Belgium.

Check out about transportation to Brussels, buses will and can be arranged from several cities in Europe, just ask!

I hope to see you on Friday, June 28 in Brussels.

Come on folks, we can do this! 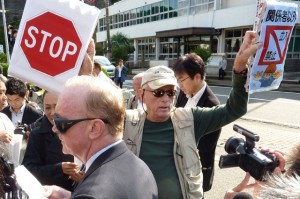 This International Demo is directly inspired by WDC’s Campaign :
Make the European Union a dolphinarium-free zone !

We have no right to keep whales and dolphins in captivity.

We want to make the European Union a dolphinarium-free zone !  »